Dr. Robert Jon Swanson died on December 7th, 2013. His brief seven decades of life was devoted to helping others to live theirs.

His courage in the face of his own years of suffering from the horror of Progressive supranuclear palsy, (knowing as a surgeon his own ghastly prognosis and future), continued to instruct, by example, me and those around him that the brilliance of character is not singular but kaleidoscopic; that facing death with steely strength is also a wonder of life.

Near his last days, when I had the opportunity to speak to him by phone, he could not speak. I would. But I never was as a loss for words because I could hear him thinking, his mind flying curiously in all directions, absorbing information at lightning speed and analyzing it with an archers’ accuracy.

Sometimes I knew to be silent. With great effort he would make a sound indicating he understood and agreed; our bond together, mentoring me through my early years made us almost telepathic. But it was his vast intellectual understanding of the world that allowed me to speak, that freed me to know that I was talking to my first real teacher, who would not judge me but rather help loft me into my own existence.

He is still a standard bearer for me, my brother Jon, my cousins and everyone in his immediate family, continuing to light the way as my late father and mother did for him. He was a shooting star; the one you wish upon, the dust to become the dreams of the future and the knowledge that you yourself can make them a reality, a shimmering glow of the soul, the hope at end of the tunnel.

Happy Birthday, Bob, I think of you every day and I listen to you speak.

“He was a man, take him for all in all,
I shall not look upon his like again.”
― William Shakespeare, Hamlet

I Want to Go to Montauk! 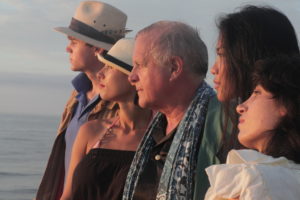 Come be a part of this summer’s adventure!

Our Hamptons/NYC-based summer retreat was founded by Swanson in 2006 in the spirit of the 1931 Group Theater. It is an all-encompassing safe place for actors to work and develop. It is a sanctuary to refine and hone the craft, explore the work and breathe new life into inspiration by bringing the actor into contact with a universal power, the creative source that knows no limitations. Our Hamptons retreat allows an artist to capture that inspiration and infuse it directly into their acting work.

I will take my rightful place on stage
and I will be myself.
I am not a cosmic orphan.
I have no reason to be timid.
I will respond as I feel;
awkwardly, vulgarly,
but respond.

I will admit rejection, admit pain,
admit frustration, admit even pettiness,
admit shame, admit outrage,
admit anything and everything
that happens to me.

The best and most human parts of me
are those I have inhabited
and hidden from the world.
I will work on it.
I will raise my voice.
I will be heard

The goal of this retreat is to learn and make art – we will create a short film, and work on a piece for performance on stage in New York City. I’d like you to be a part of it.

You can  contact us for any specific questions you may have, or to apply to the 2017 Summer Program. 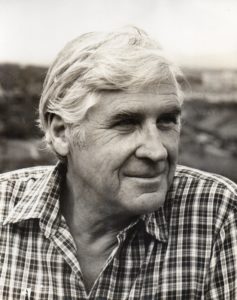 Robert Emil Swanson revolutionized American Advertising, writing over 5000 customized jingles from 1952 – 1978. He was not only a composer; he also played numerous instruments from guitar, keyboards, trombone, trumpet and sax with his main “ax”, bass fiddle. He sang on his own jingles: “Schaefer Is the One Beer to Have When Your Having More Than One”, a Swanson original later sung by Louis “Satchmo” Armstrong and used by the late Mike Nichols in his 2008 Broadway production of “The Country Girl” by Clifford Odets – a commercial emblematic of the 1950’s and 60s.

During that period commercial advertisements were as much a part of the American culture as social media is today, as illustrated by the hit TV series “Mad Men” or Andy Warhol’s’ classic “Campbell’s’ Soup Can”.
Advertising was the “technology” informing buyers in the 50’s and 60’s. Inducing the citizenry to hum an original “jingle” was a trick of advertising, employed much like a tweet. Today, most musical commercials are derivative of old hit tunes using John Denver or Frank Sinatra library music in place of original ”jingles”, immediately supplanting the memory of the old well-worn song with the object product.

Mr. Swanson wrote all original music like; “Um Um Good, UM Um Good, That’s’ What Campell Soups Are Um Um Good”, “Winston Tastes Good Like A… Cigarette Should”, “Pall Malls’ Natural Flavor/ Is So Good to Your Taste”, “What’s’ In the Kitchen That Smells So Good/Must Be Something From Swanson” “Don’t Wait to Be Told/You Need Palmolove Gold”, jingles archived and referred to as “iconic” or “classic”, original tunes that could at times haunt the inner being of the consumer with singular specificity. 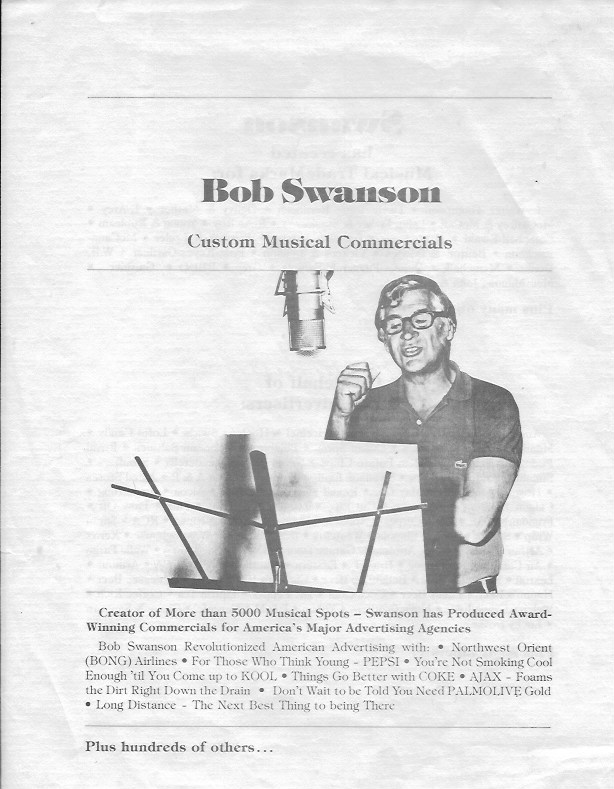 For 20 years, Robert Swanson Productions on 1 East 54th Street was known as a compact jingle house of innovation that, along with Les Paul, was one of the first to use the “8 Track Ampex 350 Recorder”. Mr. Swanson augmented his moniker as “Jingle King” by using sounds from outside the world of musical instruments. On Northwest Orient Airlines he called Trader Vic’s world famous Tiki Bar on 5th Avenue, downstairs from his studio and rented the giant gold bong, stationed at the entrance of restaurant. The bong was carried up to the studio and the “spot” won a Cleo Award for “North West Orient (BONG…) Airlines”. “

Robert Swanson Productions employed a tightly woven group of ensemble musicians who played, sang and sometimes socialized together, pumping out daily classics such as “Things Go Better With Coke”, March of Dimes, Alcoa Aluminum or “Use Ajax the foaming cleanser, floats the dirt right down the drain”. Sometimes, writing jingles on napkins, on planes or in moving cars, “Bob”, as he was known, was considered a “Mad Man Genius” using toys, cloths hangers, hair dryers and household objects for varying sounds that identified the brand. He once dropped thousand dollars of coins in a barrel, take after take, until satisfied that cascading coins would trigger the sound of “money saved”. The world seemed to be at his disposal for specifically revealing the Ad Agencies need to link that product to an original tune.

Born in Queens New York on December 1st, 1920, to immigrant parents, (a Swedish father and a Sicilian mother), he taught himself to play the violin at the age of five. He was skipped several grades in grammar school and to protect him against the older students his uncle taught him to box as a boy. An exceptional athlete, he went on to break swimming records as Captain of NYU Swimming Team, while life -guarding at Jones Beach, a short distance from his hometown of Island Park, Long Island, New York.

His father, Jon Emil Swanson was a well – known NYC clothier, designer and personal tailor for such icon’s as General Dwight D. Eisenhower (he designed the Eisenhower Jacket), Clark Gable and other luminaries. Jon Swanson recognized his son’s gifts early on and sent him to study with the world famous musical theorists and coach, Joseph Schillinger.

A Veteran of WW ll, he was a High Speed Radio Operator in The Army Signal Corps, decorated with a “Purple Heart” and a survivor of The Battle Of The Bulge. As the Captain of his Regiment Boxing Team he was undefeated and “rarely hit”. After returning from the war, he sang and arranged vocals with The Tex Beneke Band around the country and later in order to raise his family he played bass on “gigs” around the New York City area.

Among his many talents, he was a prolific artist, chef, model boat builder, ship captain repairing his own diesel engines aboard his 58 foot Huckins, “The Good Hope”. He wrote hundreds of original melodies and songs, among them the one song whose lyrics summed up his life – “Live Every Minute Every Day/Don’t Let A Minute Slip Away”.

He died peacefully, July 17th, 2016 at his home in Phoenix AZ with his family by his side. His loving wife, Connie Jo, survives him along with children, Gary Swanson, Jon Swanson, Kathryn Barnes and Karl Picking. Dr. Robert Jon Swanson, his oldest son, preceded him in death. Robert Swanson will be honored with a military burial in Veteran’s National Memorial Cemetery in Phoenix, AZ.

Don't worry - we will only send messages to do with Gary and his work - we will NEVER sell your info. Ever.