It was at the Actors Studio and privately that Gary continued his working relationship and friendship with Strasberg for eight years until his passing in 1982. During that time and after, Gary built his career as a working actor in New York and Los Angeles. Starring in numerous films like “Vice Squad”, “Blood Red”, “Convicts”, “Bone Collector”.

His movie career kicked off in 1974, and since then, he has starred in 15 feature films. He has guest starred in numerous television series and films, theatrical productions and hundreds of national television commercials.

Gary has starred and worked with some of the greatest directors in the world – Arthur Hiller, William Friedkin, Peter Masterson, Nicolas Roeg, and Philip Noyce. 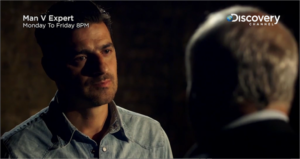 Swanson was also a guest instructor at the Drama Department in Washington University.

Gary also focuses on his own courses. As part of this, he has and still does personally coach many well-known actors and conducts regular workshops with small groups of developing artists. In 2006, he initiated The Montauk Group, a deeply impacting and intensive summer workshop and theater group.

He also writes a monthly column for the Hamptons publication, The Montauk Sun, “From an Actors Point of View.” His works have been featured in Black Tie and Times Square Chronicles. He wrote the script for Lost In The Hamptons which is currently in pre-production.